In a surreal twist to a tale of two councils and a prime north Norfolk leisure asset, one voted last night in favour of a deal the other had called off earlier in the day. 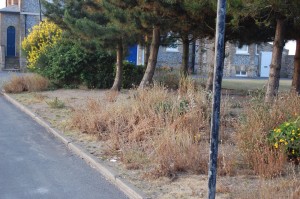 Cromer Town Council went ahead with its pre-arranged special meeting yesterday evening and decided it did want to sign paperwork and become the new owner of the clifftop North Lodge Park.

But park owners North Norfolk District Council (NNDC) had announced in the morning that, because the town council had not met an agreed absolute deadline of July 21, the transfer of ownership was off.

However Cromer mayor Tim Adams said no-one from NNDC had contacted the town council directly with that message, and they were therefore going ahead as if nothing had happened.

Each council blames the other for the collapse, which follows two years of negotiations

But news of NNDC’s move has been whole-heartedly welcomed by Tony Knight, chairman of the Friends of North Lodge Park.

“I’m delighted that something is actually finished – at least a decision has been made after all this time,” said Mr Knight.

He is looking forward to talking to NNDC about possibly forming a trust, including Friends members, to run the park.

“We’ve got a lot of people who are willing to roll up their sleeves and work with whoever owns the park,” he added.

“A trust would be the ideal situation. It would mean that the council gave a budget for the park and it was managed by the trust.”

Mr FitzPatrick said the council had originally considered transferring the park to a trust and would now look again at the idea, along with other possibilities.

The district council had hoped to conclude the town council deal, which would have included a £150,000 “dowry” to help the initiative get off the ground, in April 2014.

When that deadline was missed, the district council had continued negotiations. At the end of June the town council had agreed to an absolute deadline of July 21.

But Mr FitzPatrick said the town council’s solicitors had asked for changes to the agreement late on July 15.

“These had been agreed, but they had then wanted to make other alterations.

“I think we have been more than reasonable but we have to regard the greater interests of the district,” he said.

Mr Adams said it was the district council which had wanted to make last minute changes, to gain access rights over the park for any erosion repairs.

Final paperwork had not been received by the town council from the district’s solicitors until July 16 and the town council had been legally obliged to give its members four clear working days’ notice of a meeting, which meant it had to be July 22.

It had therefore asked the district for a two-day deadline delay but had received no response.

“This process has been scuppered and it’s inexcusable,” said Mr Adams.

He said the town council would publish a chronological list of its dealings with NNDC over the matter, to prove its case.