Friends of North Lodge Park, Cromer
Parks give life to communities, they create safer neighbourhoods, they provide green spaces in towns and cities, help children learn and promote public health.
What do people think about their local parks?
It’s not just us who are concerned about the future of Parks, and how to make them sustainable while local authorities have their budgets squeezed. In July the House of Commons Community and Local Government Committee launched an inquiry into public parks to examine the impact of reduced local authority budgets on these open spaces and consider 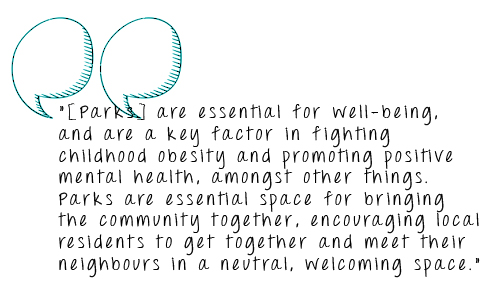 concerns that their existence is under threat.
Over 13,000 people from across the country responded to their survey, supported by over 400 people and groups submitting written evidence. Clive Betts MP, chair of the committee commented: “The responses and comments we received have shown very clearly just how much people care about their parks”. You can see the results of the survey online. The committee has held its last session and will be reporting next year.

There is lots of research about the future of parks in the community, some of it referred to by the inquiry. I’d certainly recommend reading the CABE report Community-led spaces, A guide for local authorities and community groups which you can find on our website. There are no easy answers, but with some forward positive thinking from the stakeholders, and some hard-work from communities there are workable solutions.

Community Trust
In our 2 surveys we asked for views on the future of North Lodge Park, and whether a Community Trust would be an appropriate option. We received good support for the suggestion from you, and in the background we have been looking into options for this, which are coming together.

In early November we had a meeting with the district council and received a positive indication that, providing we could find a workable financial plan and a governance regime that gave a trust managing body sustainability, they would give a proposal for a community trust due consideration.
PF/16/1251
As one of our submissions to the car park determination process we submitted a paper on The Value of North Lodge Park as a Whole which discusses the wider economic value of North Lodge Park. This is an example of how we have tried, without success, to engage in a dialogue with the district council, to discuss the future of the Park and how the proposed car park development could be made more appropriate for the Park.

Unfortunately the district council has been unable/unwilling to discuss any aspect of the proposal with us for fear of compromising the planning process; there has been little acknowledgement at NNDC that any of the points we have made have any merit to them. We are really disappointed (and very frustrated) by this way of working which has left no space for any dialogue to improve the proposals.

Our MP Norman Lamb has offered to chair a meeting with the community and NNDC to review the process. Meanwhile, we have to raise our concerns as far as we can within the planning process.The problem is that, without any dialogue nor recognition that the proposals could be improved, we had to object to the proposal. 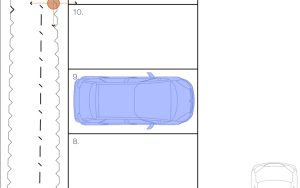 The image is taken from the submitted plans and, yes, if all the bays are filled the only way out of your car will be through the roof. The result of small spaces, and other design faults, will be confusion and less cars parked as they juggle for enough space. Every-time we look at the proposals more issues appear – it would be funny if it wasn’t such a serious issue.

It remains our belief that there is a real risk that the proposed designs will lead to the creation of a car park that is inappropriate, dangerous to users, particularly children, and unsuitable for the disabled. We summarised our concerns to the development committee this week, we have also submitted concerns to the Overview and Scrutiny Committee to ask them to review whether the application has followed due process.

The planning officer, Mr Watson, in his report for the Development Committee (who meet next Thursday, 15th December, to review the application) has produced 19 pages on the application, missing some key points, and recommending 14 significant conditions (including revised plans and details, confirming the submitted plans aren’t appropriate!) including many of the issues that we have raised that should have been covered by the original application. The conditions show what a poor proposal this is, and will result in such substantial changes the development committee will actually be discussing a proposal that will need to be superseded! Somehow he concludes (probably with his fingers crossed): It is clear that the issues associated with this application are very finely balanced. 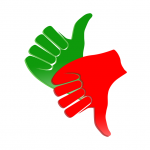 Unfortunately he further concludes that the potential economic benefits to the east end of Cromer (which he admits there is no evidence for), the potential economic benefits arising from the increase in footfall through the Park (which are not defined) and the increased potential for social interactions with increased footfall in the Park sway the argument and he recommends the application is approved. We will be attending the Development Committee and hope to be given the chance to speak to challenge his conclusion.
Christmas in the Café
To give our café volunteers time with their families over the festive period the café will be closed from the end of Thursday 22nd December until Tuesday 3rd January.- with the exception of Boxing Day (10-1 to support the swimmers) and New Year’s Day (midday – 6 to support people coming for the fireworks).

This Saturday (17th) afternoon, from 2pm, come along and join us singing carols in the Park. Last year it really brought Christmas cheer to the Park with all your lovely voices.
Charity
As we announced at the AGM, way back in March, we thought it prudent for the Friends to become a registered charity, and you will recall that we updated our constitution at the time to facilitate the change. Over the last few months we have been working with The Guild in Norwich, and can report that we are now a registered charity (Registered Charity Number 1169907). Apart from now having to report to the Charity Commission, and ensure a clear focus on our objectives, there isn’t much we need to change as we have been managing the association ‘as though it were a charity’ from the outset.

Hope to see many of you either before the festivities really start, or during the break. On behalf of the committee, may I take this opportunity to wish you all a Merry Christmas and best wishes for the New Year. 2017 here we come!