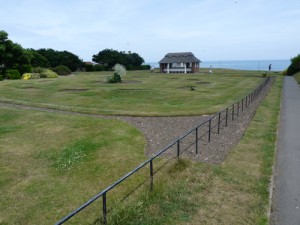 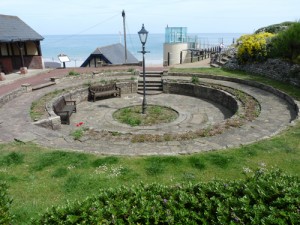 The clock is ticking for Cromer Town Council to take ownership of a much-loved but stagnating clifftop park following 15 months of “frustrating” legal delays.

North Norfolk District Council, which owns North Lodge Park, has laid down the law dictating the legal transfer of ownership of the public space to the town council must be complete by July 21 this year.

The town council asked to take control of the area from the district council and, following the go-ahead from district council cabinet members in February last year, it was expected the legal transfer of ownership would be completed by spring that year.

But delays over legal issues, including covenants, have hampered the process.

Julie Chance, town council clerk, said: “Unfortunately it has taken a long time. The delays have been on both sides. We are just as frustrated as the district council.”

But district council leader Tom FitzPatrick said: “We were ready to transfer the park by April 30 last year. The delay doesn’t lie with us.”

The town council met this Tuesday’s strict deadline set by the district council to commit themselves to taking over the park ownership on a permanent freehold basis and to sign the legal contract by July 21.

Mr FitzPatrick said the district council was now digging into its reserves to maintain the park in an “unplanned way” after cancelling its Kier contract in anticipation of an ownership transfer last April.

“We are trying to make it look nice and have spent money on it. We didn’t put a new tenant in the cafe because we were hoping to transfer it to the town council. There is a stagnation in the park as a result and that is not of our choosing.

“We have to act as quickly as possible. We are now 15 months down the line and need a degree of certainty to what is happening,” he added.

A district council report said a considerable amount of officer time had been spent on the park transfer, diverting resources from other projects.

“It does not represent value for money for taxpayers to continue with this process indefinitely,” it added.

Mrs Chance said the council was fully committed to owning the park but needed to review legal issues thoroughly so there were no “nasty surprises”.

Council chairman Tim Adams said they would “pull out all the stops” to complete the transfer.

He added: “We as a council have been fighting for North Lodge Park for more than 10 years. There is a lot of public feeling for it and we all want to see it well-maintained. It is important we get this right.”

He said the group, formed in March this year, was happy to work with any owner of the park.

He also hoped to attract more community events in the park, clean up the toilets and re-open the cafe, which has been closed for more than a year, as soon as possible.

But the council needed to decide on longer-term improvements as well as future uses for the park, which could take between five and 10 years to introduce.