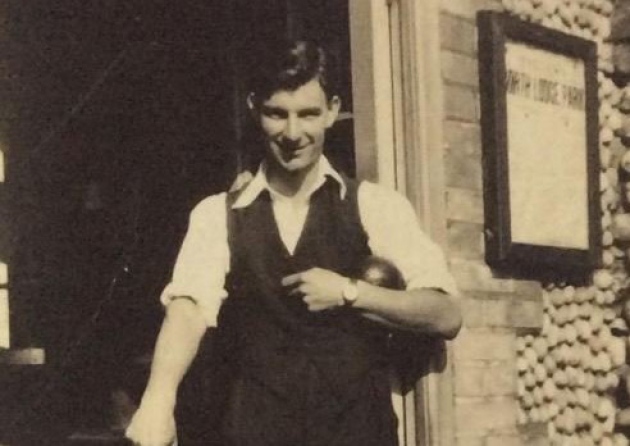 He wouldn’t have been the first, but 80-year-old Ralph West is almost certainly the last person to be born in North Lodge Park.

Ralph was born in the first-floor apartment of North Lodge, where his maternal grandparents had lived since Fred Thurston was appointed the park’s first Groundsman and Caretaker and his wife Jane engaged as housekeeper in 1929.

“Nanny cleaned and polished the Council offices, while Grandad used to stoke the boiler in the basement – he called it the donkey – where he also used to grow all the flowers for the park from seed,” recalls Ralph.

Fred Thurston was born in 1888 at Minton, near Dereham, and worked as a gardener at Norwich’s Colney Hall and Melton Constable before becoming the first employee of the park.

Less than six months after Cromer Council had bought the North Lodge estate, the minutes of its first North Lodge Committee meeting of 4 March 1929 record the following:

“F THURSTON a candidate for the post of Caretaker and Gardener on the North Lodge Estate, attended the Council Offices and gave details of his experience and references as to his character. He asked for wages of 50/- a week for himself and wife as caretaker and gardener and 40/- a week until such time as North Lodge would be used as offices. This was AGREED.”

Mr and Mrs Thurston were in post when the park opened on 18 May 1929, and lived in North Lodge for 24 years until his retirement in 1953. They brought up two daughters in their flat – Elsie and Phyllis (the Wests’ mother) – both of whom were married from the Lodge, and held their wedding receptions in the Council chamber.

“The lounge was on the left-hand side, the kitchen overlooked the putting greens, and the bedrooms were on the east side,” remembers Ralph’s sister Ann. “I’d love to go up and have a look around now.”

As a Special Constable, Fred Thurston was allowed a shotgun. “So we’d have rabbit pie every Sunday when we went round,” adds Ralph.

He also remembers Fred painstakingly weeding the bowling green by hand, on his knees between lines of string, and being allowed to play the 9-hole course “the best green where the aim was to go round in 18”. Nanny was a keen bowls player who won the North Norfolk Ladies Bowling Club cup in 1934.

One particularly vivid memory comes from the war years. “There were a load of big red fire extinguishers – about four or five feet high – stored against the curtains in the Council chamber,” says Ralph. “Nanny knocked one over and set it off, and trying to drag it outside, stained all the woodwork.”

Fred Thurston’s duties included locking and unlocking all the park gates. “If we went to visit them after the park closed, he had to come down with his keys to let us in, and out again when we left,” recalls Ralph.

Ann remembers summer nights playing by the first model yacht pond after the park closed. “Ralph had a big wooden sailing boat with lots of lights, and we had the place to ourselves when it closed.”

Ralph and Ann West’s link with North Lodge Park started even earlier. Their mother Phyllis, aged just 15, met their father Leslie, 17, at the putting green office when Phyllis took a cup of tea down to her father. They were married seven years later in 1937.

Expecting their first child while Leslie was away, Phyllis went home to mum in North Lodge, and thus Ralph was born in the park on 10 February 1939. Today, Ralph jokes he should really have a title: perhaps a plaque wouldn’t be too much to ask. [625 words] 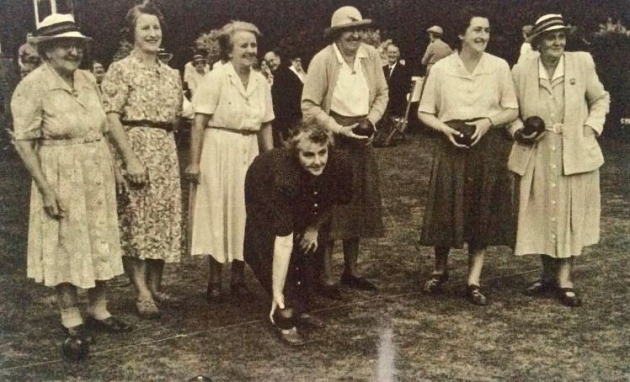 1929 – Cromer Urban District Council decided the northern portion of Doctor’s Steps Field “be reserved for a putting course” and the plot of land west of North Lodge be offered as a bowling green (at £1 a year for 10 years) to the Ex-Service Men’s and Social Club.

1940 – the putting greens opened for the season at Easter with prices for “other ranks…at half the usual rate”.

1945 – the Air Raid Trench Shelters were filled in.

1957 – an order was placed for the second model yacht pond of the same size as previously, but with rounded corners, outside the tea rooms.